This week, EuroCham board members Mr Martin Koerner and Mr Horst Geicke were honoured to join the Chairman of Vietnam’s National Assembly at two high-level meetings in Brussels and Vienna. The meetings were part of Chairman Vuong Dinh Hue’s tour of several European capitals, during which he met with the European Council President Charles Michel, President of the European Parliament David Sassoli, and European business leaders. 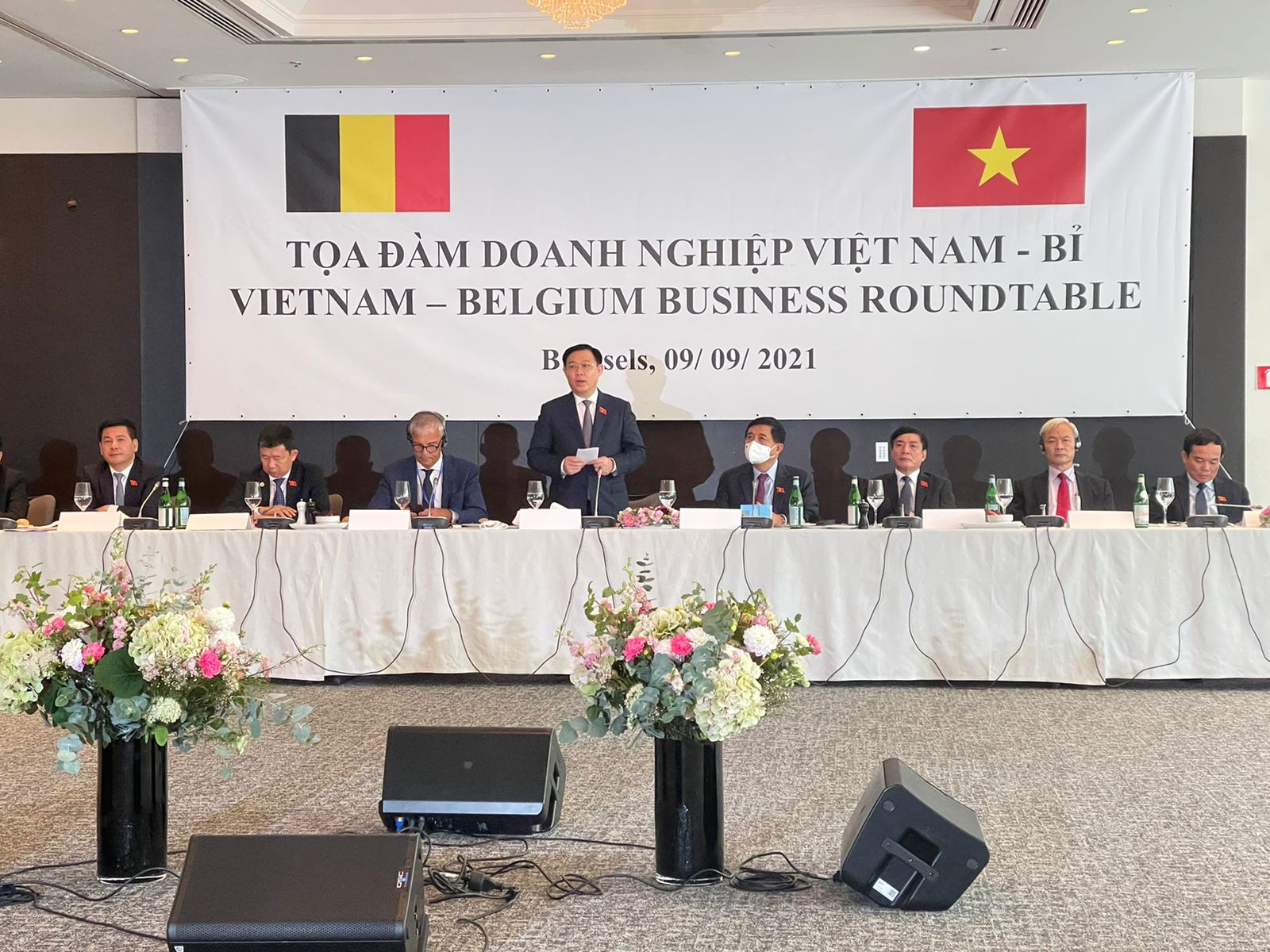 On Monday 6 September, Mr Geicke joined the National Assembly delegation in Austria for the “Vietnam-Austria Business Forum” held in the offices of the Austrian Economic Chamber in Vienna. Mr Geicke joined the National Assembly Chair, Ministers of Planning & Investment and Agriculture & Rural Development alongside representatives of 20 Austrian businesses in the fields of finance, energy, banking and medicine to discuss increasing Austrian investment in Vietnam. Speaking on his first foreign visit as Chairman, Mr Hue emphasized that Vietnam is looking for environmentally-friendly, high-tech investment.

Then, on Thursday 9 September, both Mr Geicke and Mr Koerner joined the National Assembly Chairman, the Vietnamese Ambassador to the EU, and other Vietnamese leaders at a roundtable lunch in Brussels. The event also counted among its guest list major European business leaders and associations representing companies in sectors and industries such as footwear and textiles, wines and spirits, and pharmaceuticals. The meeting was held to discuss greater trade and investment cooperation between Vietnam and the EU, in particular now that the EU-Vietnam Free Trade Agreement (EVFTA) has been ratified and entered into force. EuroCham member Deep C also made a presentation on its experience as a major EU investor in Vietnam. 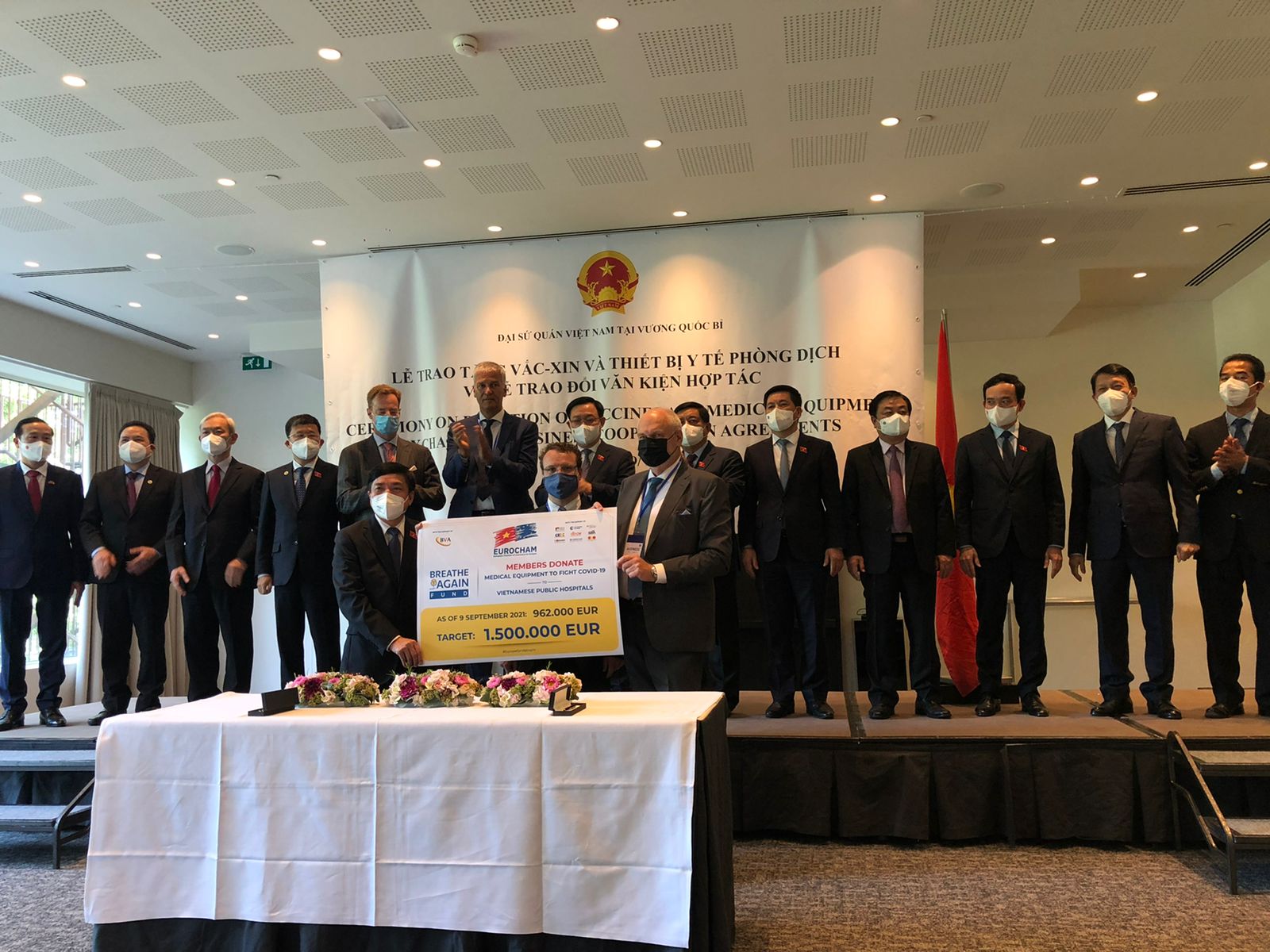 Later, Mr Geicke presented a cheque to Mr Vuong Dinh Hue to mark the first one million euro in donations from EuroCham’s ‘Breathe Again’ fundraising campaign. The campaign aims to secure significant donations in order to purchase much-needed medical equipment to support Vietnam’s front-line healthcare workers and hard-pressed hospitals in their fight against the pandemic. The campaign has now raised over one million euro for ventilators, monitors, and other essential equipment for hospitals in some of Vietnam’s hardest hit provinces.