EuroCham Speaks at “ASEM at 25” in Hanoi

EuroCham Chairman Alain Cany spoke at “ASEM at 25: Strengthening Asia-Europe Partnership in a Transforming World” in Hanoi on 22 June. This major event, held in commemoration of the 25th anniversary of the Asia-Europe Meeting (ASEM), also featured speeches from H.E. Mr Bui Thanh Son, Vietnam’s Minister of Foreign Affairs and H.E. Mr Josep Borrell, the European Commission’s High Representative for Foreign Affairs. EuroCham was the only chamber of commerce in Vietnam invited to address this prestigious audience. 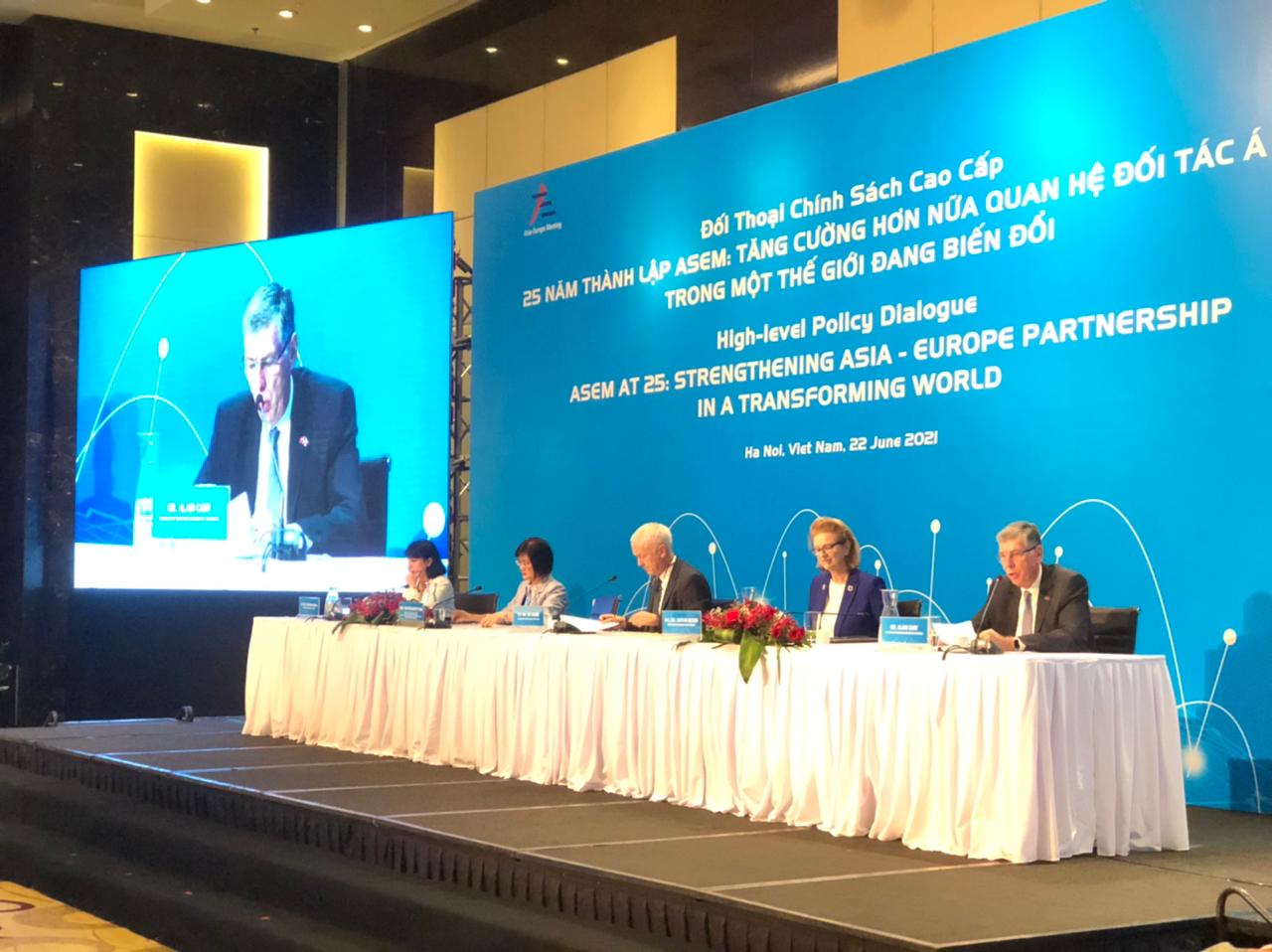 Across two sessions, attendees heard from high-level speakers and representatives of foreign ministries from across Asia and Europe including Singapore, Russia, and the United Kingdom discuss issues such as “Asia and Europe in a resetting world” and “Shaping a Vision for a Stronger Asia-Europe Partnership”. Mr Cany spoke in the afternoon session on the topic of “Enhancing ASEM’s Impacts for People and Businesses” alongside a distinguished panel as part of a roundtable discussion. Speaking at the event, he said:

“ASEM should be a cheerleader for Europe in Asia using all the tools at its disposal – not just through political dialogue but also utilizing and connecting business communities and involving private enterprise in these dialogues and events. Indeed, it should be a champion of free trade and help to promote new free trade agreements; building on the bilateral agreements that are in place, such as the EVFTA… trade can help to build new relationships between Asia and Europe. Business and commerce can open the door to greater cooperation and new partnerships. Just as we have seen in Vietnam, trade does not just improve livelihoods; it also improves living standards and life chances for millions of people.”