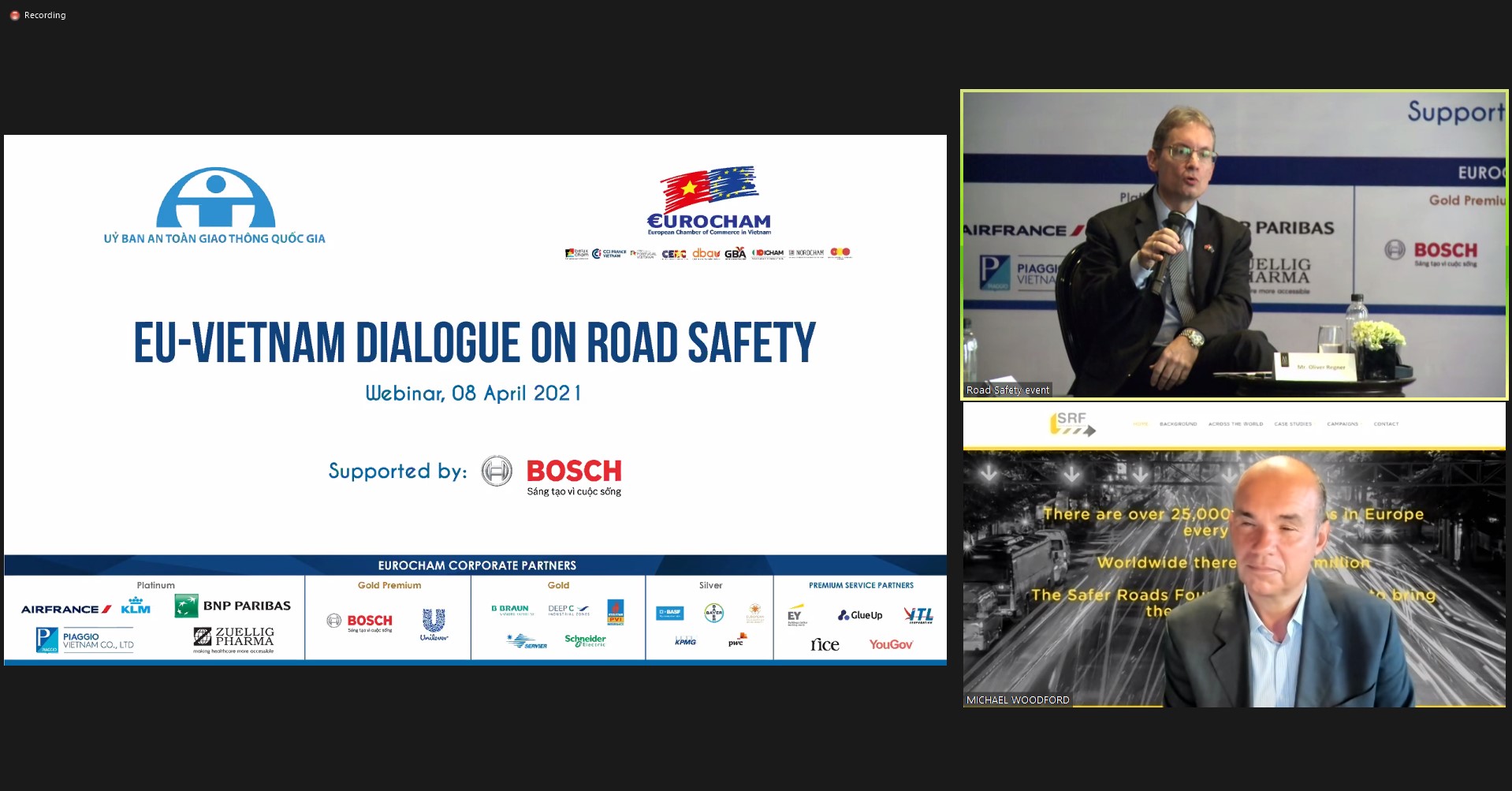 Michael Woodford, Executive Chairman of the UK-based Safer Roads Foundation, opened the event. He described how more than three thousand people die on the roads every day around the world, with younger people most at risk. He highlighted the foundation’s work and campaigns to reduce road traffic accidents around the world, including fitting ABS to at least the front wheel of vehicles, and described its practical work in Vietnam to make roads safer, including a successful recent project in Hanoi.

Next, Mr Minh presented Vietnam’s strategies and actions plans to improve road safety. He described how both car and motorbike ownership is rising quickly; with annual growth rates of 10 per cent and 7 per cent. Without strong solutions, this growth will lead to more traffic accidents in the future. The economic costs of road accidents are huge, amounting to around 3 per cent of GDP or 400 billion VND each day. However, Vietnam has made strong progress in addressing road safety, with milestones including the first Road Safety Law in 2008, Resolution No. 88 in 2011, and the gradual strengthening of the National Traffic Safety Committee from its formation in 1997 to today. Vietnam has been successful in improving safety measures. For instance, in 2014, just 25 per cent of people wore helmets on the roads in Vietnam. Today, this is more than 90 per cent. The government has now issued a new National Road Safety Strategy, covering the next decade. It includes a comprehensive ‘system’ approach and integrated solutions to meet Vietnam’s ‘Five Pillars’. 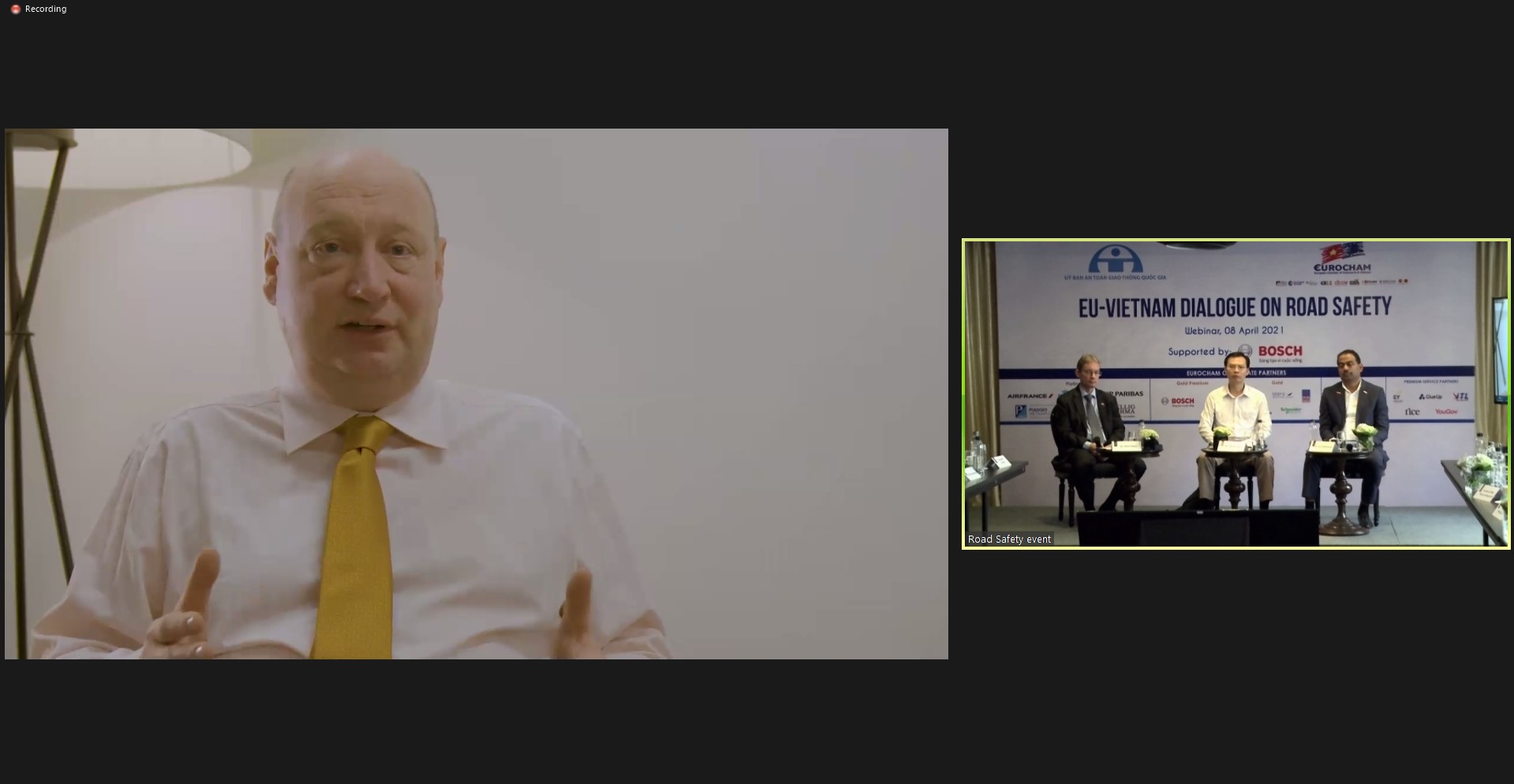 Speaking from Brussels, Mr Henrik Hololai shared the progress of the European Union in addressing traffic accidents. He said that the European Commission has set itself targets to go further, and to make transport safer and more sustainable. Vietnam has shown strong willingness to learn from the knowledge, experience, and best practice from around the world; including a major project in 2019 between Vietnam and the European Union. He congratulated Vietnam for its zero-tolerance approach to drunk-driving, and encouraged the government to continue these measures and to further work with other countries in ASEAN to improve road safety across the region. 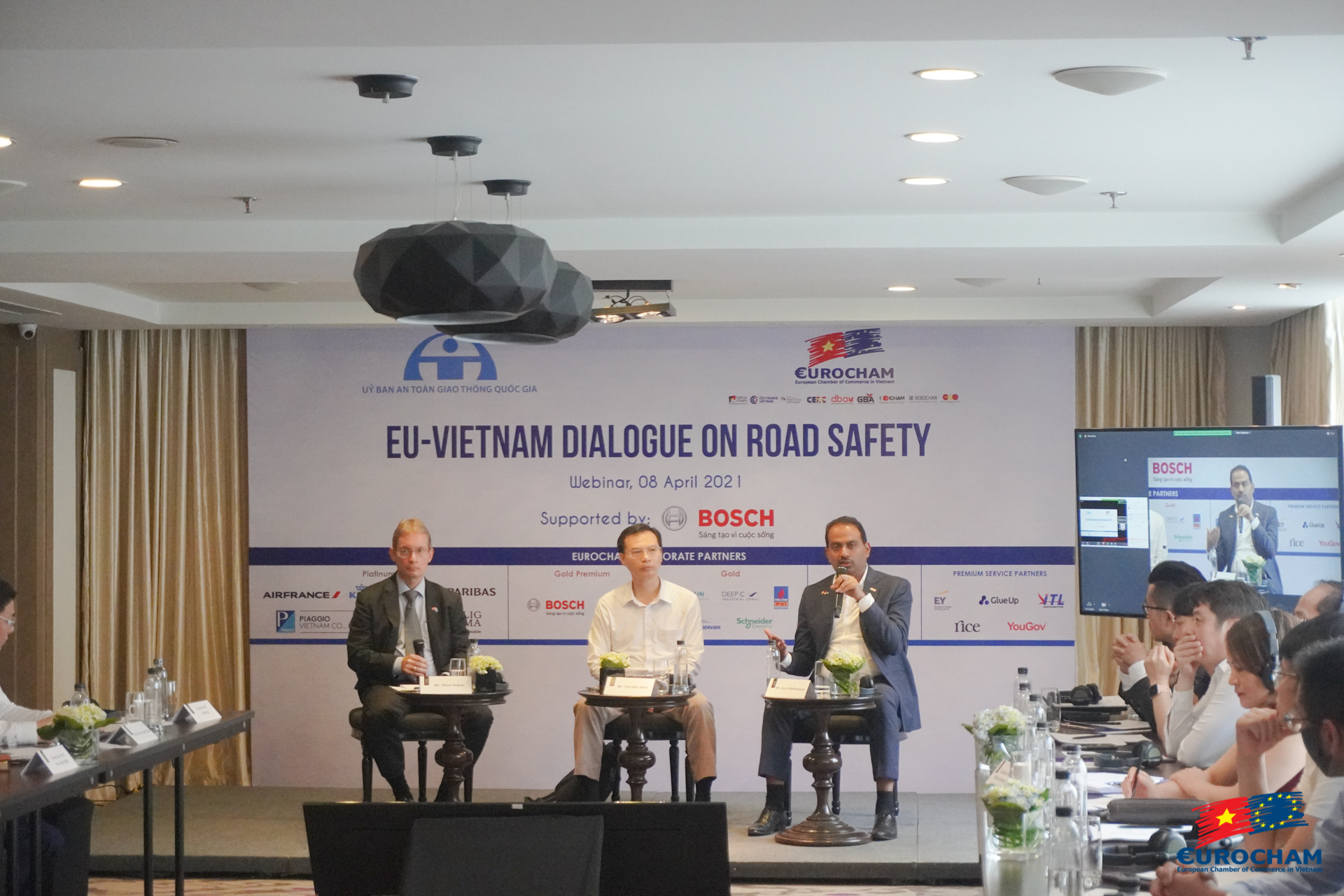 Back in Hanoi, Managing Director of Bosch Vietnam, Mr Guru Mallikarjuna, discussed how Vietnam can mobilize technology to advance road safety. He described how Bosch is developing new technologies – such as passive and active safety systems, autonomous driving, and intelligent transportation – to support these efforts. Mr Mallikarjuna also shared how greater use of cameras and data can help authorities to improve road safety and traffic management through initiatives such as ‘Smart Corridors’. He shared some of Bosch’s best-practice case studies from India and Thailand, and stressed that reducing road fatalities needs to be a collective effort; one which is based on scientific research and methods. Mr Mallikarjuna also spoke about Bosch Vietnam’s project with the Vietnam German University and Binh Duong police force, and emphasized that Bosch was keen to work with all stakeholders in Vietnam to improve road safety.