EuroCham speaks at the meeting with Prime Minister organized by VBF

On Thursday 10 December in Hanoi, EuroCham attended the latest meeting of the Vietnam Business Forum (VBF). The event featured a high-level speech from the Prime Minister of Vietnam, who praised the bi-annual forum for its contribution to improving Vietnam’s business climate since it was first established in 1997.

With a membership comprising foreign business communities in Vietnam from around the world, the VBF facilitates regular dialogue between private enterprise and the Vietnamese government with the ultimate aim of improving the trade and investment environment. 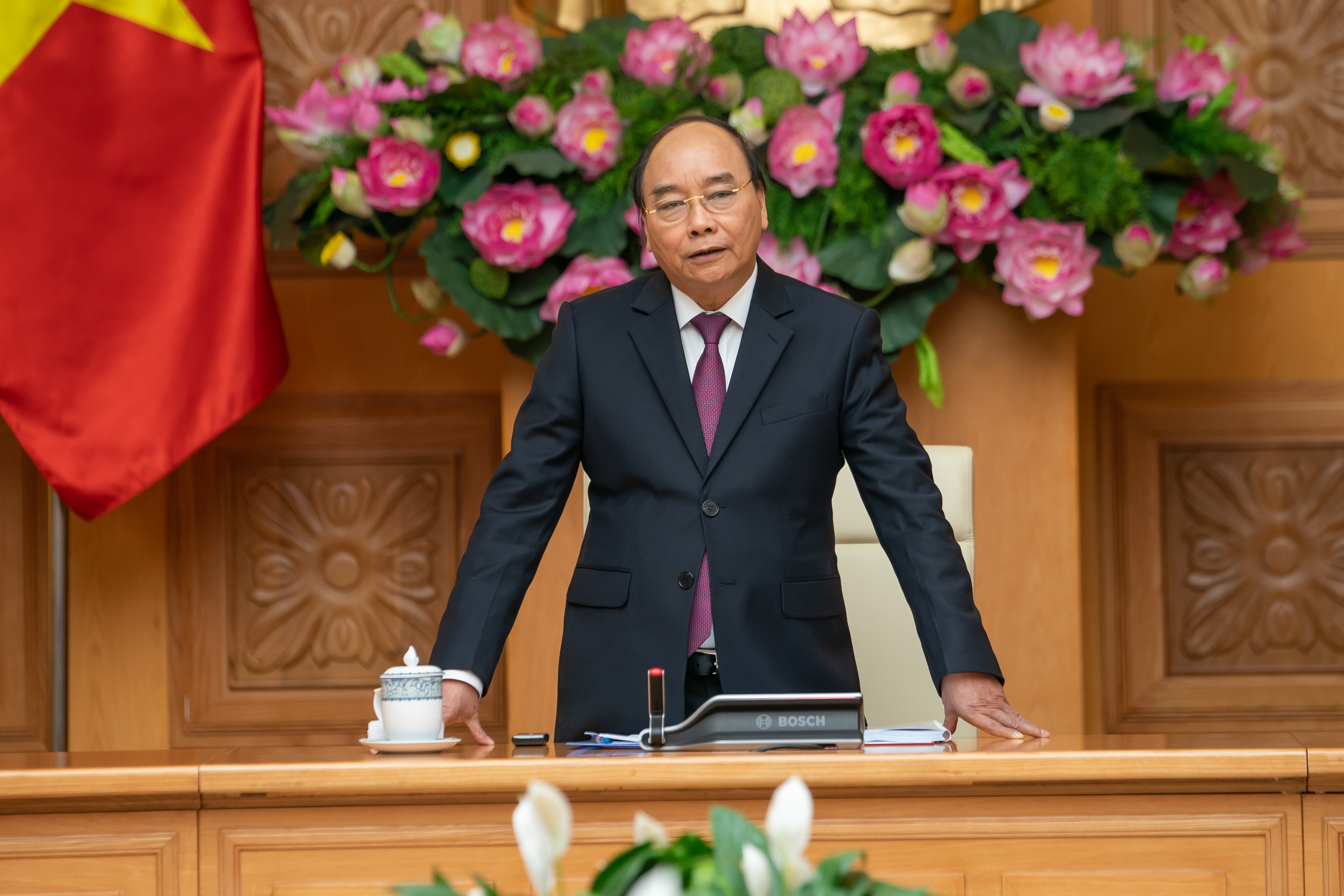 In his opening remarks to the VBF, EuroCham Vice-Chairman Tomaso Andreatta said:
“With the Party Congress coming soon, there is little time left for the mandate of this Government, but it leaves a precious legacy to be continued. Many positive things have already been achieved: Stability and growth have been maintained, Covid-19 has been controlled, and the EVFTA has been ratified and implemented with promising growth rate and export potential. Other achievements include reducing the excluded sectors for FDI and opening-up Stock exchange companies so that they can sell more than 49 per cent of their capital. The Government has also raised awareness of green growth, plastics recycling and to the need to improve waste management.

“The EVFTA will remain the top priority for EuroCham. Taking full advantage of this agreement will be key to the success of Vietnam and Vietnamese companies in the future. However, a lot of work remains to be done on simplifying administrative procedures.” 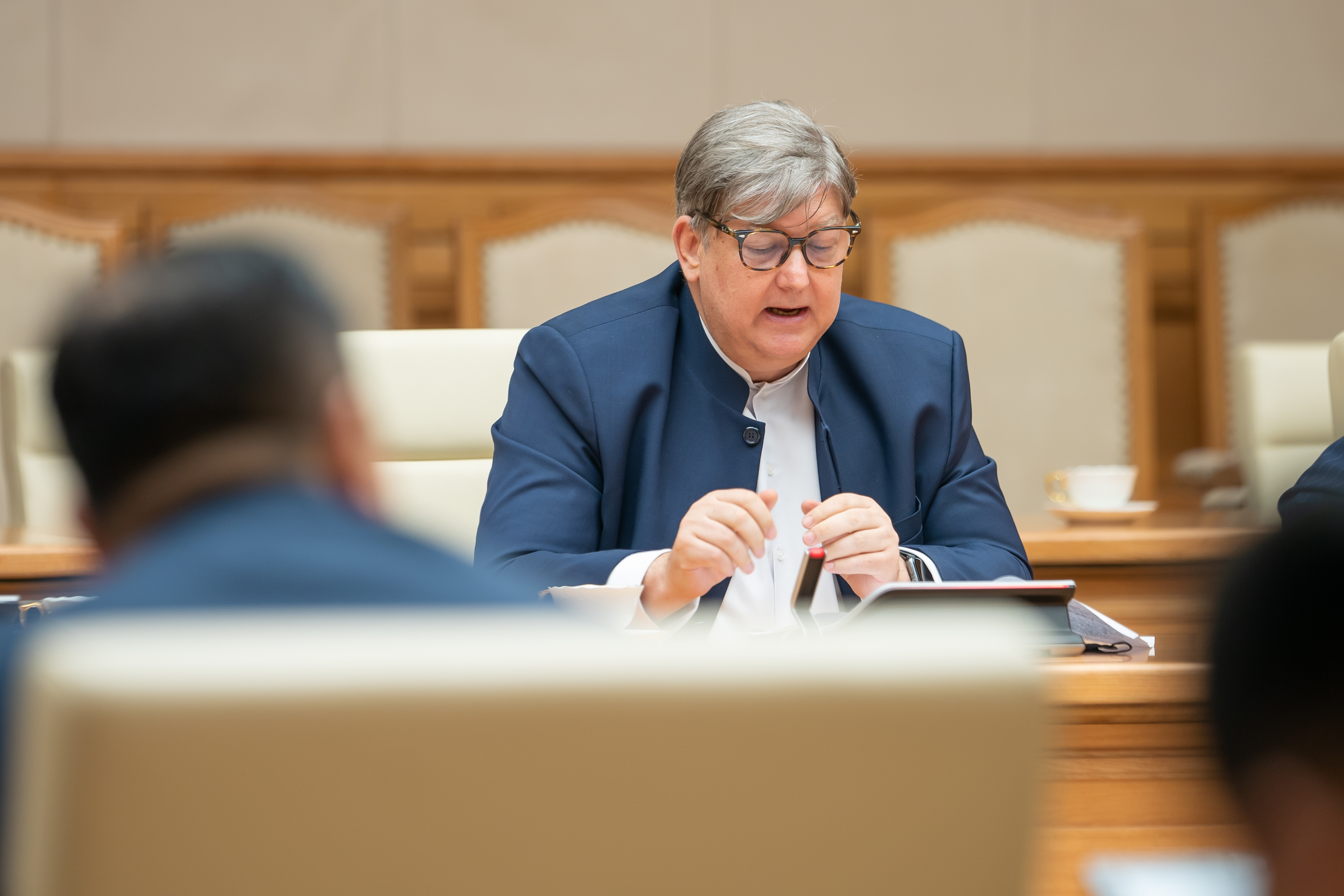 EuroCham’s Contribution to the VBF

Speaking on behalf of EuroCham and its 17 Sector Committees, Mr Andreatta then addressed a number of issues to the latest meeting of the VBF. Beginning with the operations of pharmaceutical companies, he thanked the government and Ministry of Health for facilitating supplies of medicines and proposed continued dialogue to enable the smooth implementation of the drug registration timelines set out in the Pharma Law and its guiding regulations, which have appreciated in the sector. Turning to Human Resources, Mr Andreatta highlighted the issue of work permit renewals for foreign workers in Vietnam and proposed a follow-up meeting with the Ministry of Labour, Invalids and Social Affairs to discuss this further.

EuroCham’s Vice-Chair also shared the recommendations of European business leaders on Public-Private Partnerships (PPP) in infrastructure development. Over the last two decades, outside the handful of successful foreign-invested large-scale Build-Operate-Transfer (BOT) thermal power plants, successful private investment in the public infrastructure sector has been the exception rather than the rule. This is even truer in the case of private investment in PPP form. Mr Andreatta proposed three main recommendations: developing a pipeline of visible PPP projects; improving coordination among relevant government agencies; and preparing the practical implementation of a comprehensive legal framework for PPP projects in Vietnam.

Mr Andreatta concluded his remarks with the tourism and automotive sectors. He suggested that the government should remove the need for repeated homologation for each shipment of CBU vehicles, increase the standard for vehicle pollution to soon match current European standards, and set the foundations for the development of e-mobility in the future.

The COVID-19 pandemic has had a significant impact on the tourist sector in Vietnam, and Mr Andreatta shared the recommendations of EuroCham members in this area. First, he requested the establishment of a fund which would allow companies to borrow an amount equal to their social and medical insurance contributions for 2019 to help mitigate the socio-economic impact of COVID-19. Then, once international travel resumes, the government should consider broadening the list of visa-exempt countries, providing visa exemptions to short-stay business travellers, and creating a three-month visa for high-income tourist markets such as the European Union.