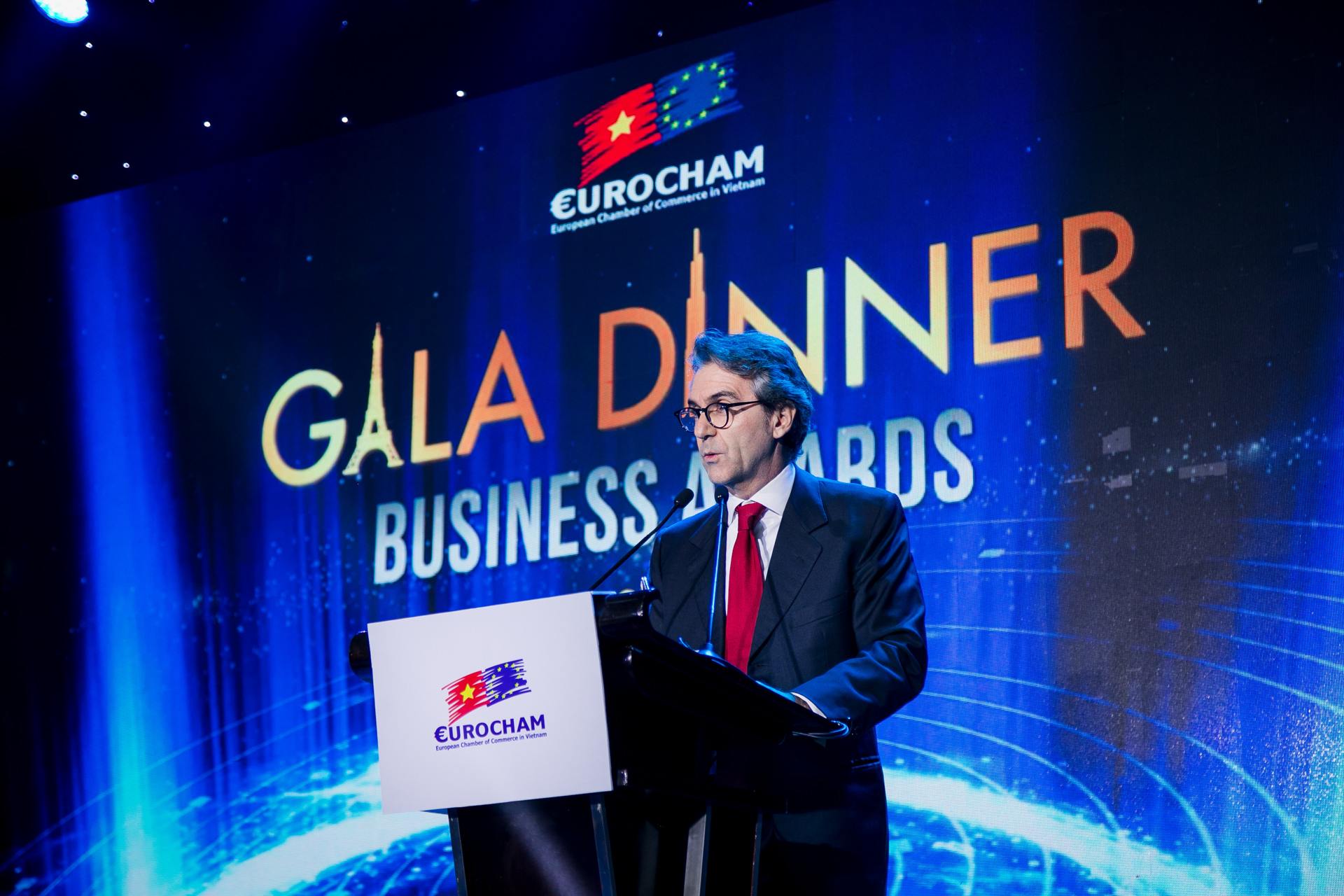 The Gala was a celebration of the best of European Business, with three awards presented to companies throughout the evening. The first award, “Business Excellence”, recognized the enterprise that has shown long-term growth and success, been a model of responsible and profitable business, and made a significant contribution to Vietnam. It was awarded to Data Logic, global leaders in data capture and industrial automation. 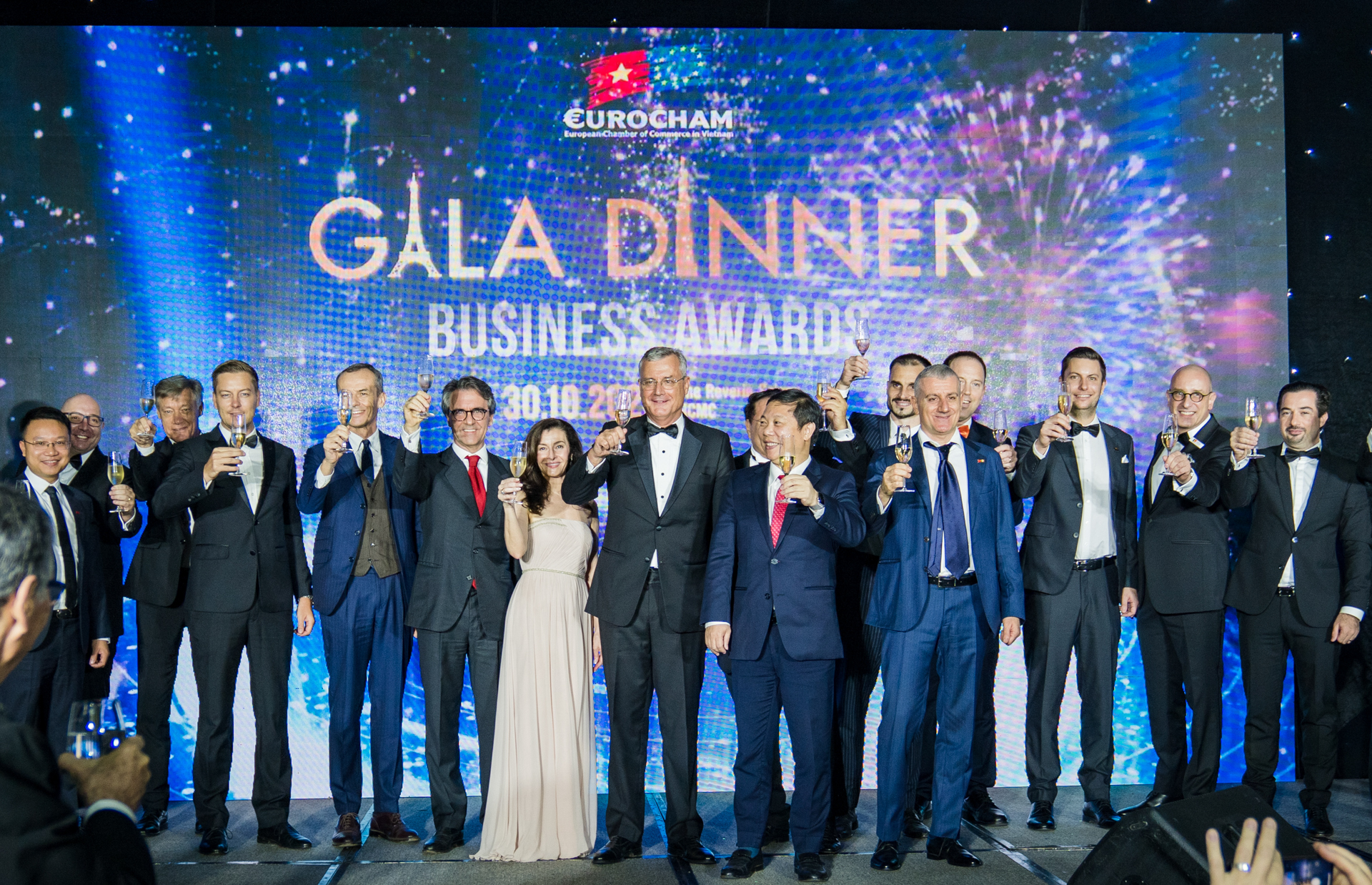 The second award of the evening, “Best Sustainable Business Practices”, recognized the enterprise that has reduced its environmental impact in Vietnam through initiatives such as reducing emissions or eliminating plastic waste. It was presented to German engineering and technology company Bosch, who were applauded for their efforts to reduce wastewater and cut energy use as well as their plan to go carbon-neutral within a decade.

The final award of the evening was “Best Entrepreneur”, recognizing the individual that has shown outstanding entrepreneurial qualities to build a successful business in Vietnam. EuroCham’s independent panel of judges chose two winners: Mr Aric Austin from My Storage and Ms My Holland from EQuest Asia. 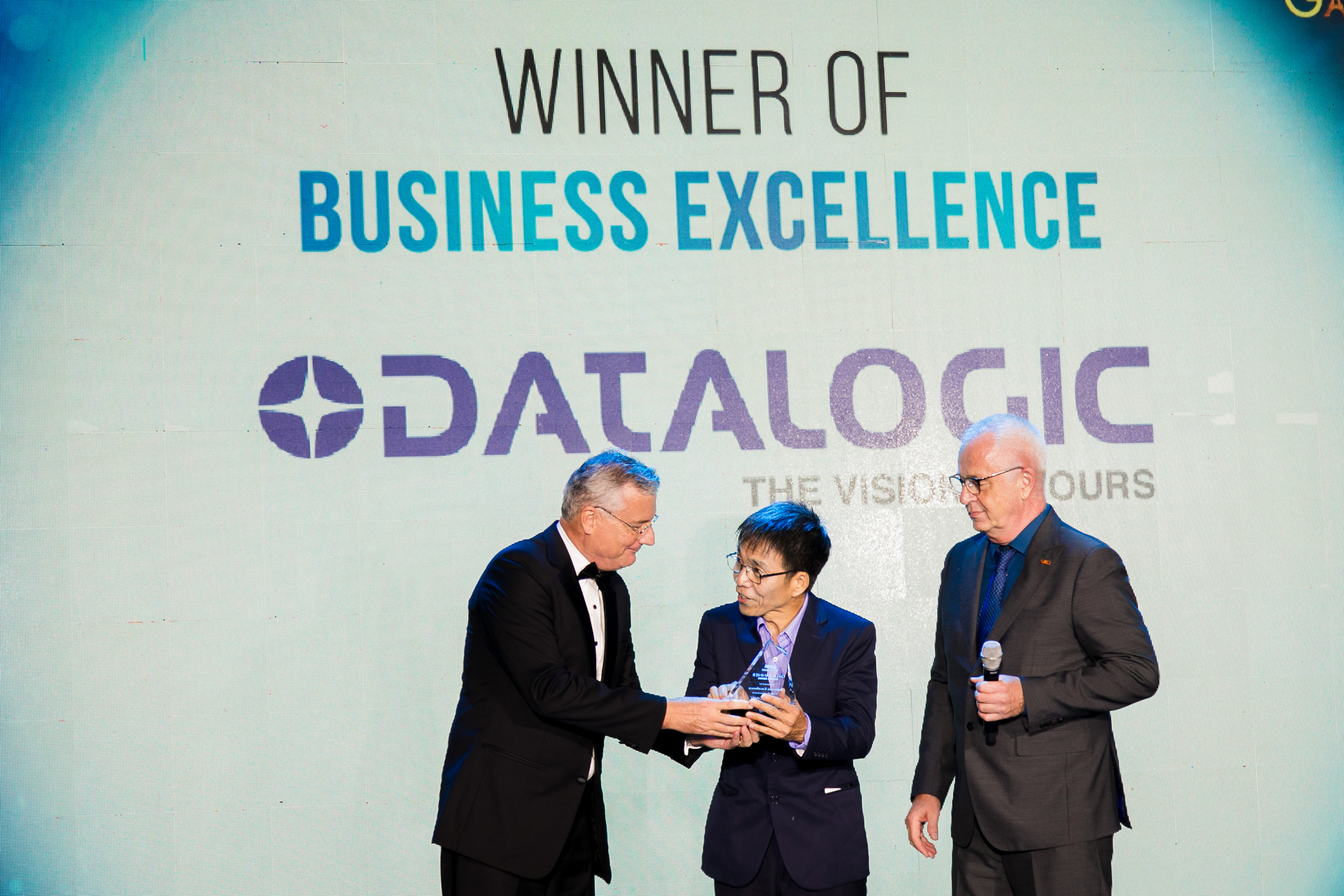 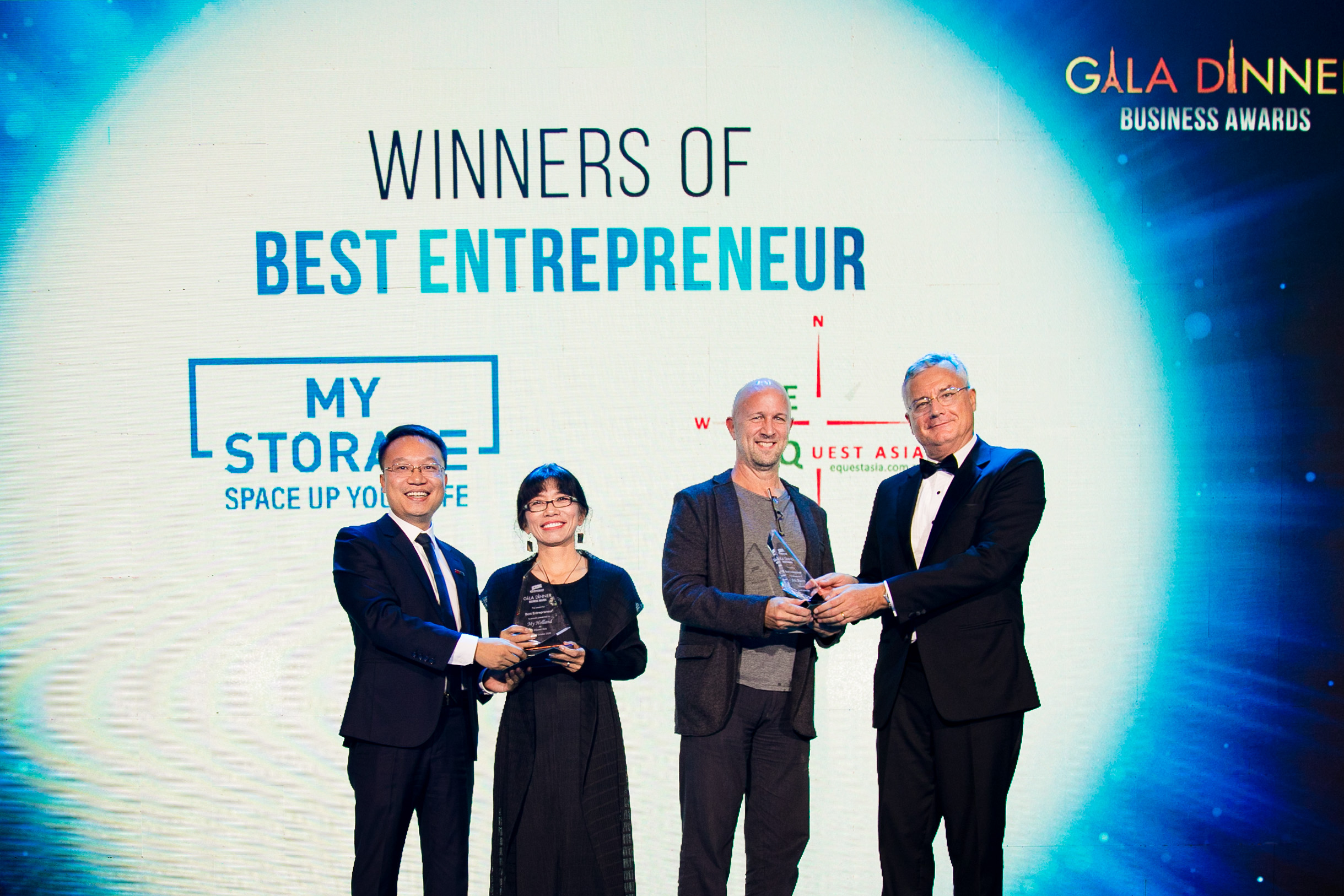 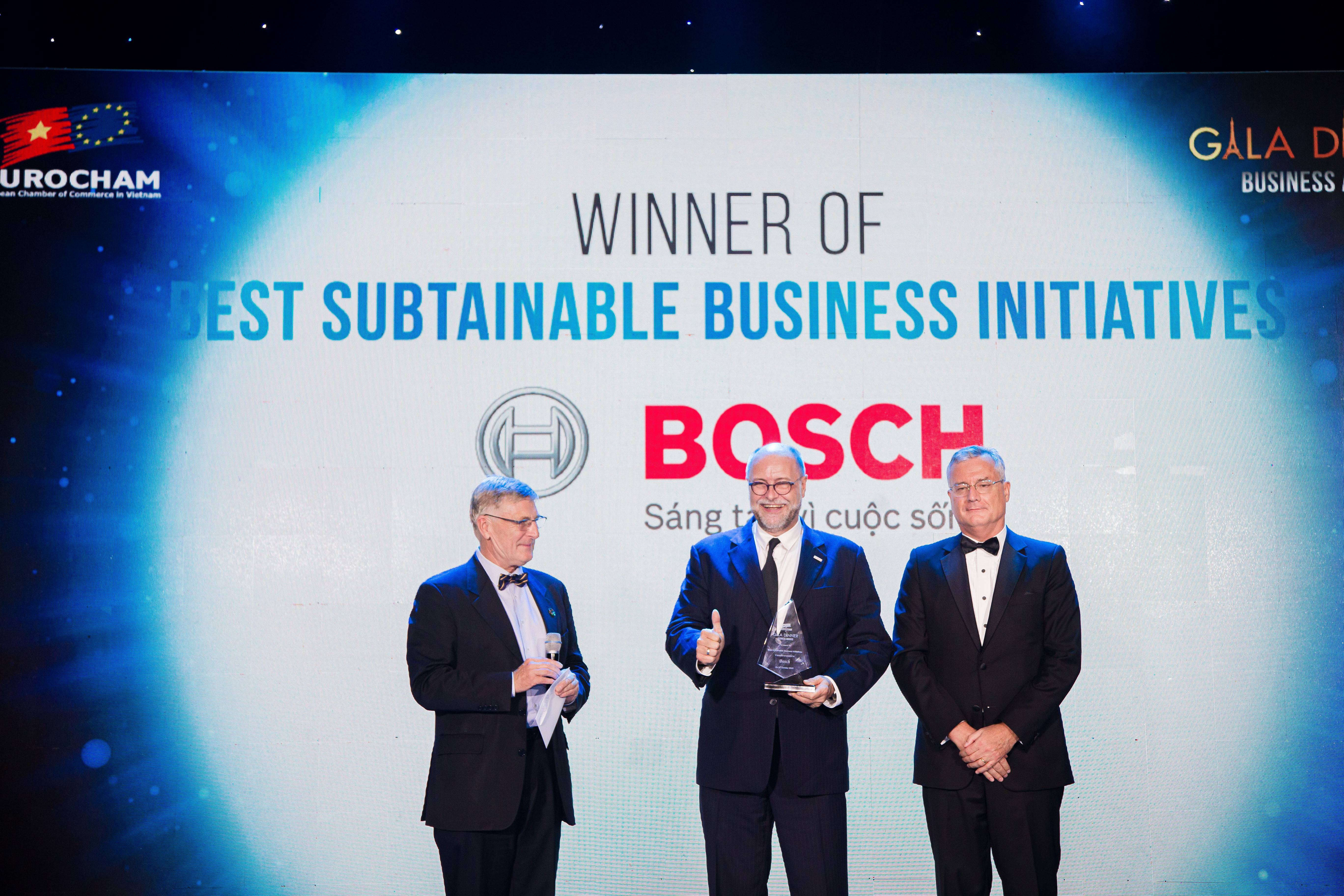 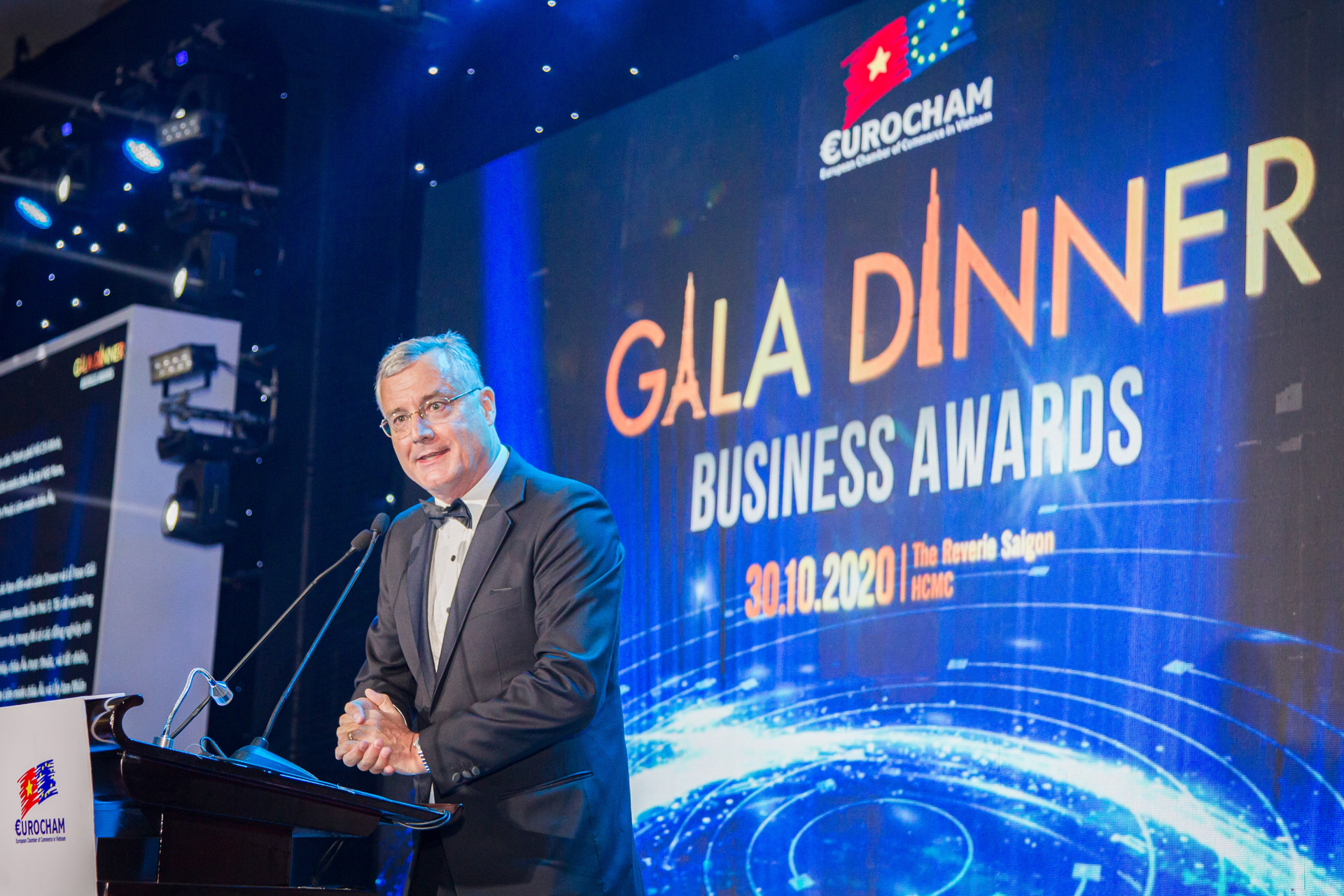 “In bringing together hundreds of business leaders, the EuroCham Gala Dinner shows that even during these turbulent times for international trade, European companies remain strong, competitive and invested in Vietnam for the long-term. Our business awards highlight these qualities still further; with some of the world’s leading enterprises recognized alongside SMEs with a bright future in Vietnam.

“Despite the significant challenges of the last 6 months, 2020 has also brought us significant opportunities. Now the EU-Vietnam Free Trade Agreement has entered into force, European companies have privileged access to Vietnam’s fast-growing market. These opportunities will grow over the next decade as tariffs continue to fall and new markets continue to open. And EuroCham will dedicate ourselves as much to the EVFTA’s implementation as we did to its ratification, so that we can look forward to an even more successful 2021 for European business in Vietnam.” 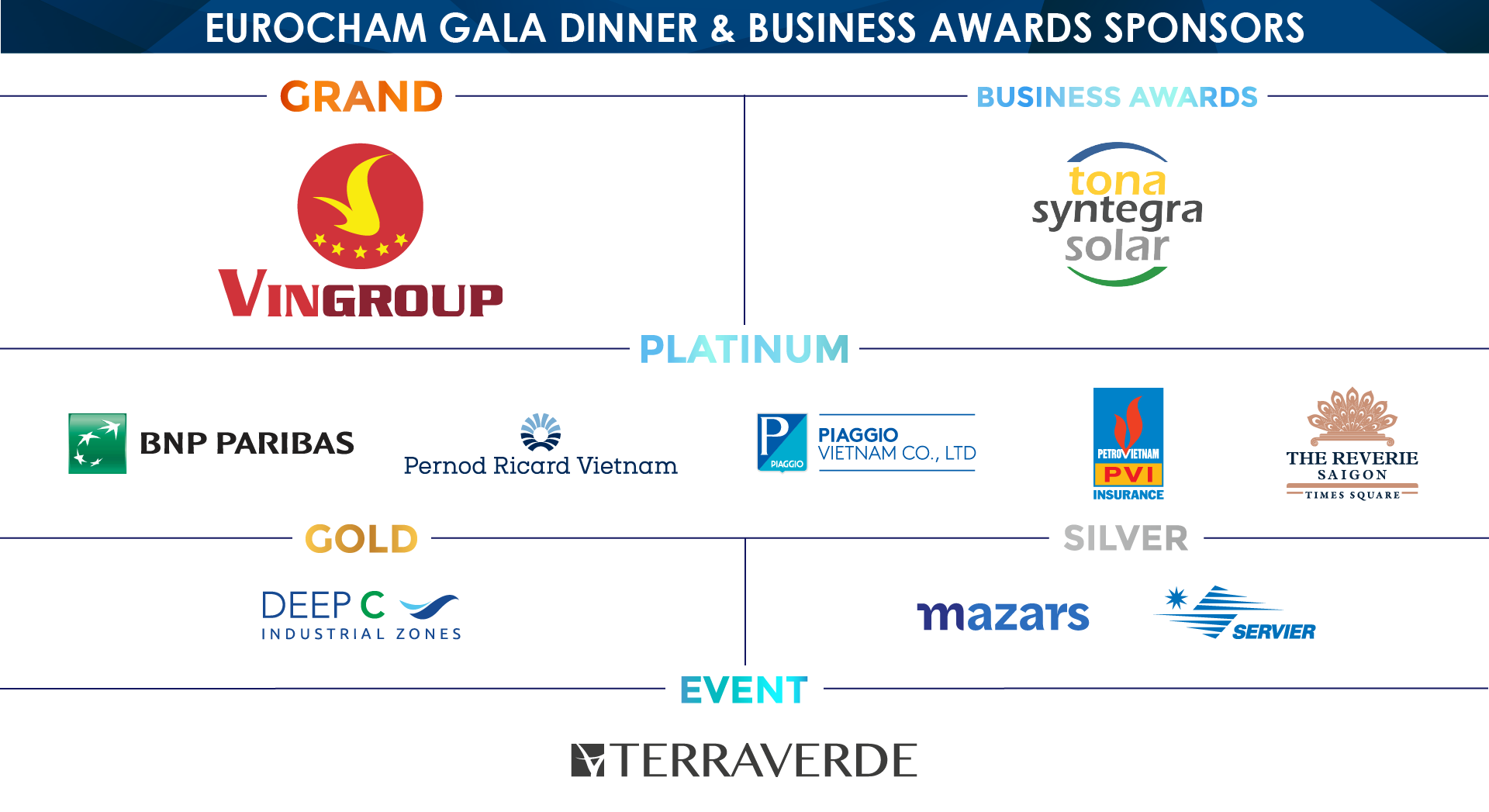