From the 1st to the 6th of December, a EuroCham delegation visited Brussels to promote the EU-Vietnam Free Trade Agreement (EVFTA), ahead of a crucial vote in the European Parliament in the New Year.

EuroCham Chair Nicolas Audier, Vice-chairmen Jean-Jacques Bouflet and Nguyen Hai Minh, and members of EuroCham’s Human Resources & Training (HR & T) and Pharma Group Sector Committees travelled to Brussels to meet with Members of the European Parliament (MEPs), EU Commissioners, and high-level officials to update them on changes in Vietnam’s legislative framework and to share the chamber’s new report - The EVFTA: Perspectives from Vietnam.

The trip began with a meeting between EuroCham’s delegation and the new EU Trade Commissioner, Phil Hogan, in his first week in office. Following an introduction from EuroCham’s Chairman Nicolas Audier, Nguyen Thuy Hang from the HR & T Sector Committee updated the Commissioner about Vietnam’s new Labour Code, which has just been ratified in the National Assembly. She discussed the new developments in the new legislation, and how these represent a positive step forward for labour and workers’ rights. Later, Nguyen Tra My from EuroCham’s Pharma Group provided an update about the issues foreign enterprises face in Vietnam, and how the EVFTA could help to improve the trade and investment environment for pharmaceutical companies. 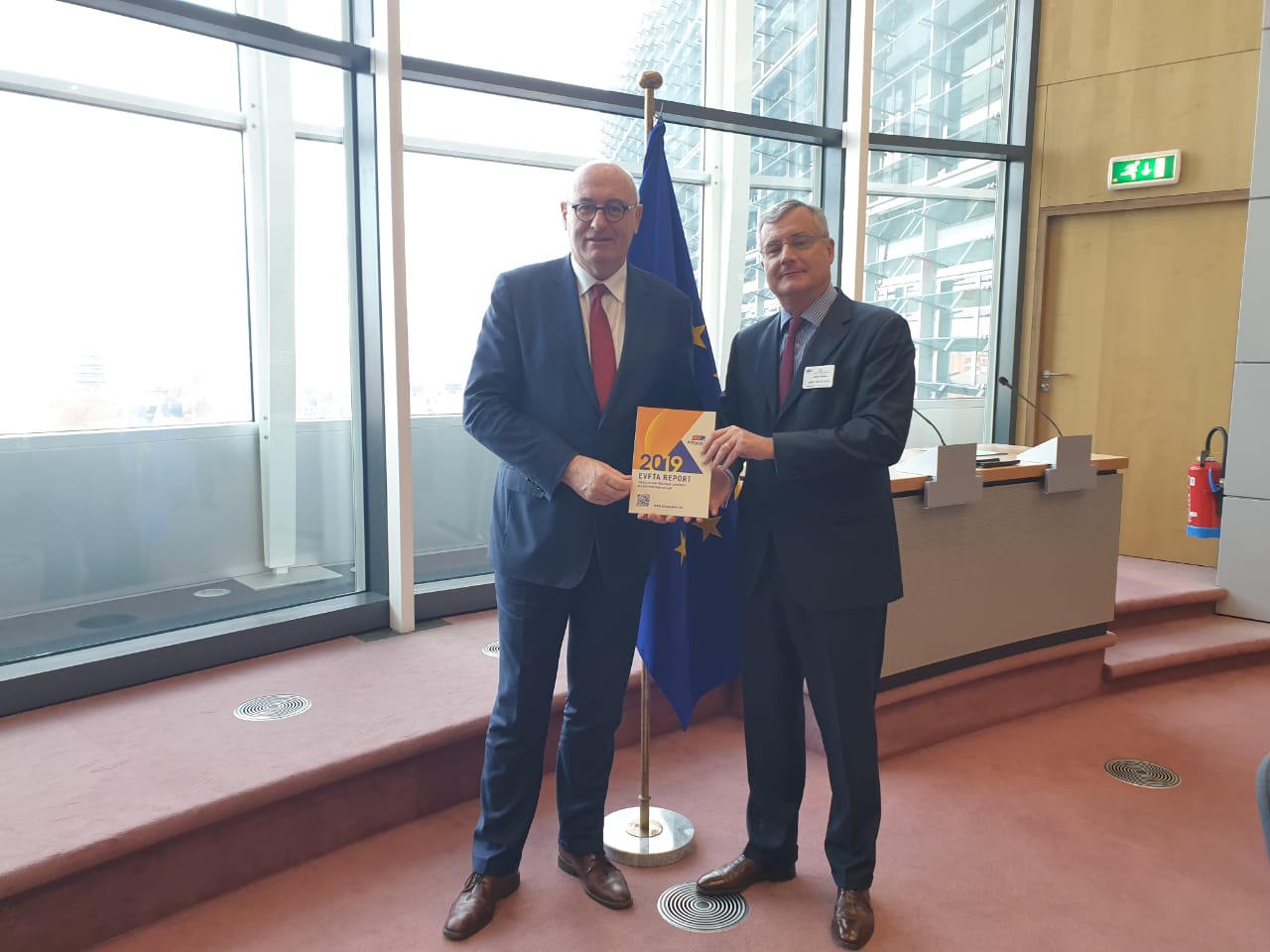 On Monday the 2nd of December, EuroCham presented at a hearing of the European Parliament’s International Trade (INTA) Committee on the EVFTA, in a session which also heard from the International Labour Organisation (ILO). EuroCham Chair Nicolas Audier addressed MEPs and discussed recent improvements to Vietnam’s trade and investment environment, and highlighted the role of foreign enterprises and European investment in raising the living standards and welfare of Vietnam’s population which is now healthier, wealthier, and better educated thanks to domestic economic and social reforms and international integration.

Once ratified and implemented, the EVFTA will help Vietnam to go further and faster on this path of reform, and lock-in progress in areas from labour rights to environmental protections. Mr Audier also emphasised that, from the perspective of business, it is essential that the agreement enters into force as soon as possible. European companies are at a competitive disadvantage as goods from other countries with which Vietnam has a free trade agreement are able to enter Vietnam tariff-free, whereas products from Europe come at a higher cost.

Nguyen Thuy Hang from EuroCham’s HR & T Sector Committee then presented on Vietnam’s new Labour Code. She told MEPs that the code represented a milestone in Vietnam’s efforts to incorporate the core principles of labour standards and rights under major ILO conventions into its legal framework. Notable changes include the full recognition of workers’ rights to form their own independent trade unions, better dialogue processes, and a broader approach on the prohibition of discrimination. 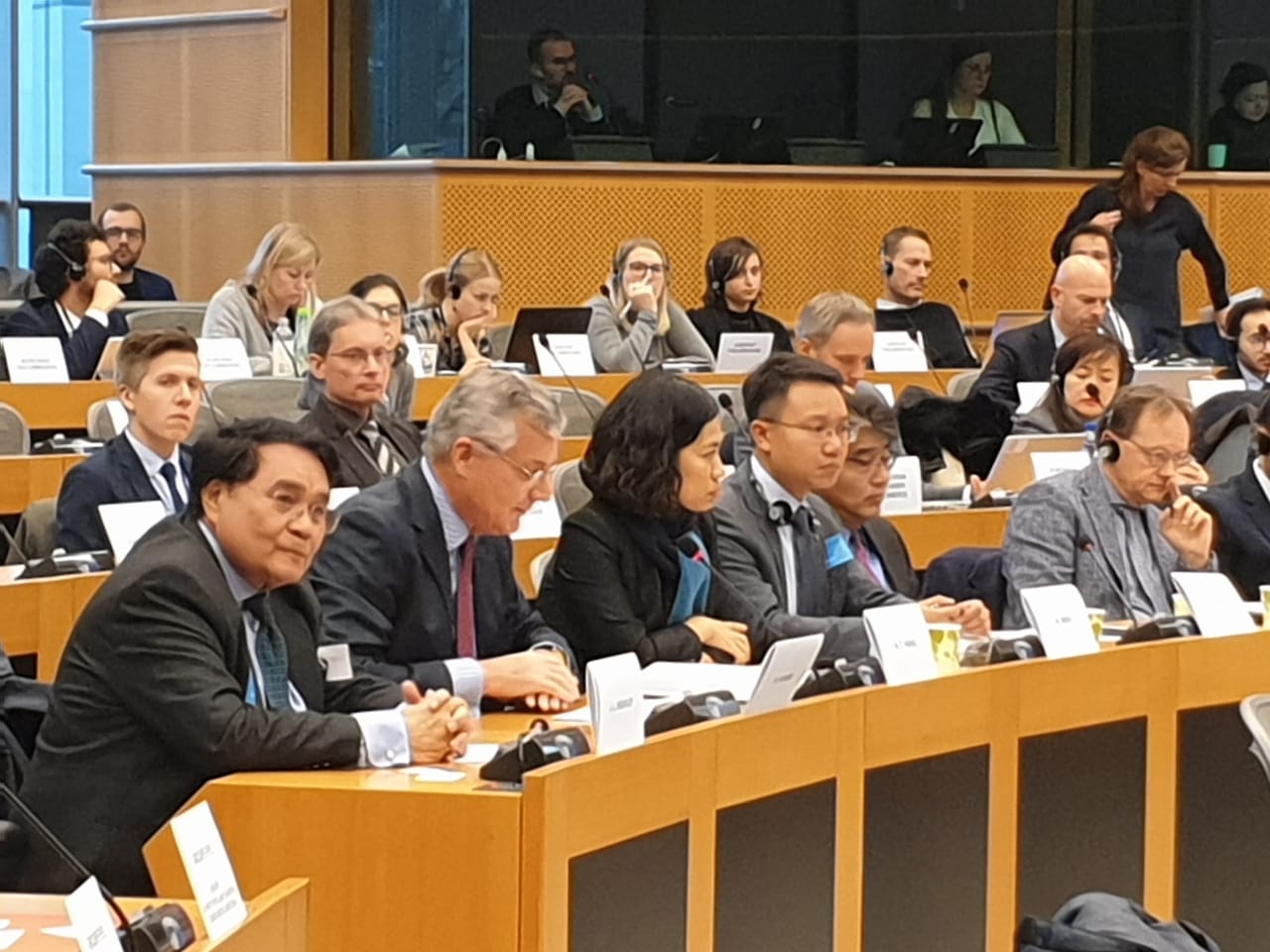 Throughout the week-long mission to Brussels, EuroCham’s delegation met with around 30 MEPs from across the political spectrum – including members of the influential INTA Committee such as Mr. Jan Zahradihl MEP, Vice-Chair and Rapporteur for the EVFTA – to advocate for the ratification of the agreement. The next stage of the ratification process will be a crucial hearing in the European Parliament in the New Year, and EuroCham spent the week engaging with MEPs to show how this agreement will deliver not just an increase in trade and investment – essential though this is – but also help to improve Vietnam’s socio-economic development.