The EVFTA - What Happens Next?

On the 1st of July in Hanoi, following the official signing of the EU-Vietnam Free Trade Agreement (EVFTA), EuroCham organised a conference together with the Vietnam Chamber of Commerce and Industry (VCCI). This event, attended by 100 members of both chambers, brought the latest updates from the EU and Vietnamese Government about the EVFTA and the next steps to unlock the full benefits of this historic treaty. At the conference, the Chairmen of the two chambers, Mr. Nicolas Audier and Dr. Vu Tien Loc, announced the establishment of the EU–Vietnam Business Council. They also discussed specific activities to further strengthen EU–Vietnam trade relations. A fundamental objective of this partnership is ensuring the ratification and implementation of the EVFTA. 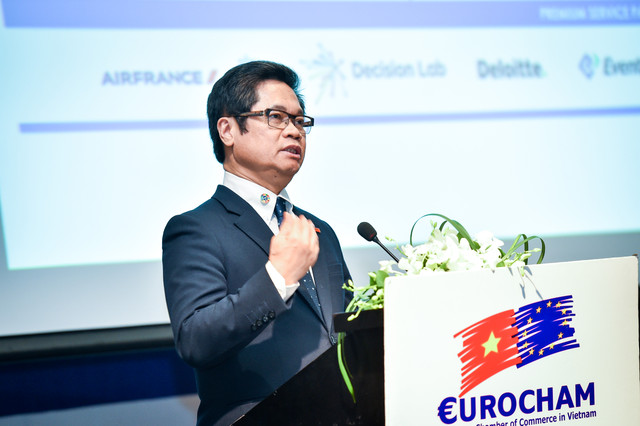 The official signing of the EVFTA and Investment Protection Agreement (EVIPA) on the 30th of June 2019 will have tremendous and positive benefits for the business communities of both sides. These agreements will create a breakthrough moment, contributing to perfecting the legal framework and business environment and ensuring a huge leap forward in cooperation between Vietnam and the EU, building a solid foundation for sustainable development. 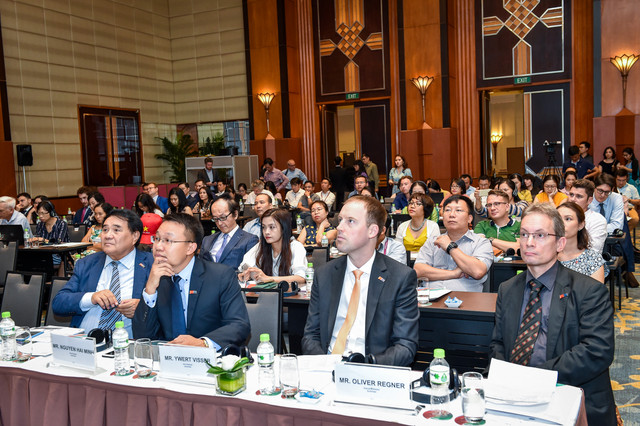 On the 5th of July in HCMC, EuroCham organised a breakfast briefing for over 140 of its members, Business Associations, Sector Committees and journalists, updating on the progress of the EVFTA with the momentum of its official signing in Hanoi. 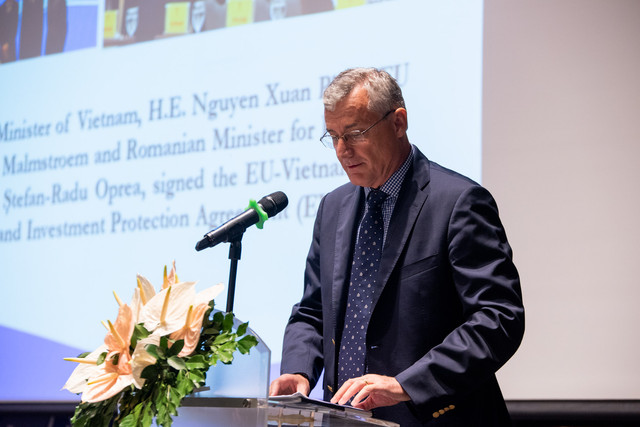 EuroCham Chairman Mr. Nicolas Audier briefed members on the EVFTA and its importance for three reasons: It is the most ambitious FTA the EU has ever concluded with a developing country; it improves not only trade and investment but also the environment, social and labour rights to ensure free and fair trade; and it sets the blueprint for region-region FTAs, such as the - EU-ASEAN FTA which was initiated earlier. He also applauded Vietnam for the positive steps taken by ratifying ILO Convention 98  on collective bargaining and the plan to ratify the two remaining Conventions: Convention 105 on forced labour by 2020 and Convention 87 on freedom of association by 2023. 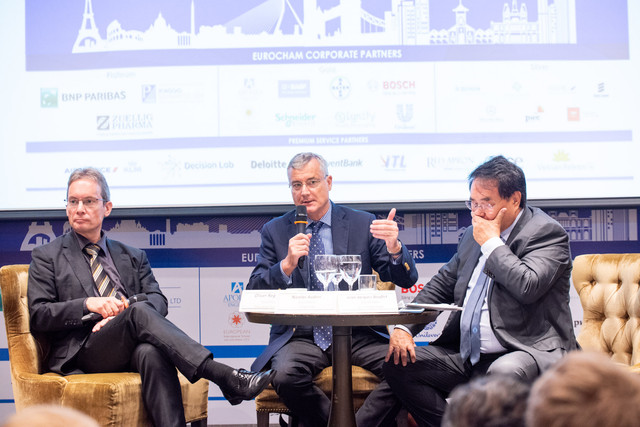 Mr. Audier summarised EuroCham’s activities to support the EVFTA ever since negotiations first began. These included the Chamber’s engagement in the negotiation process completed in 2015, as well as its roadmap exercise conducted by the 16 Sector Committees who  shared their recommendations to EU institutions and the Vietnamese Government. It is important that the EVFTA is consistently implemented at both central and local levels. The EVFTA is not only about trade with Vietnam but it also opens doors to the ASEAN region. EuroCham has also organised many trips to Brussels to advocate for the EVFTA and promote Vietnam as an attractive trade and investment destination for European enterprises.
The Chamber has been making efforts to also ensure that Vietnamese businesses and citizens see the benefits of the EVFTA. The next steps to be taken will be by Vietnam’s National Assembly whose next session will be in October 2019. Meanwhile, the newly-elected European Parliament will need to make the EVFTA one of its top priorities on its next agenda in September 2019.

In the second part of the Briefing, EuroCham Vice-Chairman Jean Jacques Bouflet briefed in detail the benefits of the EVFTA: The elimination of tariffs for EU exports, the removal of technical barriers to trade, services and licenses for many sectors and investment trends coming with the EVFTA and new waves of EU capital. The other benefits that the EVFTA will bring are: a more predictable and reliable framework, and a more transparent business environment. Last but not least, the EVFTA will make Vietnam a role model for other ASEAN countries. 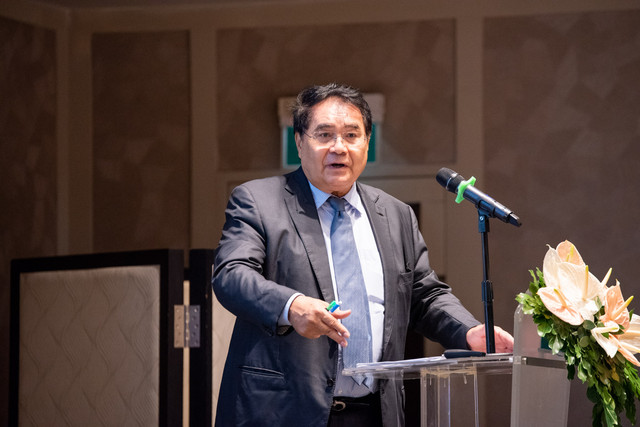 The EVFTA will enhance the global value of exports, increase Vietnam’s GDP by 2-3%, and ensure that Vietnam is now considered as the 2nd business partner of the EU. He also discussed tariff reductions and schedules for many specific EU exports including machinery, cars, wines & spirits, food & dairy products, and pharmaceuticals, as well as Vietnamese exports such as coffee, fresh fruits and vegetables, rice and seafood. Mr. Bouflet also raised the importance of removal of non-tariff barriers, especially for agricultural products. For the mobility sector, it is important that the certificate of conformity will be accepted (no further testing will be required) but only 5 years after the agreement’s entry into force. He also presented the investment trends which will come with the EVFTA and the issues/recommendations for market access, of which improvements can already be seen. Like Mr. Audier, Mr. Bouflet also shared that the EVIPA will provide better protection for investors and Intellectual Property Rights (IPRs). However, it will require double ratification by the EU Parliament and each EU Member State.
During and after these events, EuroCham has received many queries and questions from the audience on the specific tariff schedules. EuroCham’s Secretariat will address each of these questions. Meanwhile, EuroCham members can access the following useful references to learn more about the EVFTA and the benefits it brings:

Guide on EVFTA of EU Delegation to Vietnam:
https://eeas.europa.eu/sites/eeas/files/eu_fta_guide_final.pdf

Legislative train of EVFTA on the website of EU Parliament:
https://www.europarl.europa.eu/legislative-train/theme-a-balanced-and-progressive-trade-policy-to-harness-globalisation/file-eu-vietnam-fta