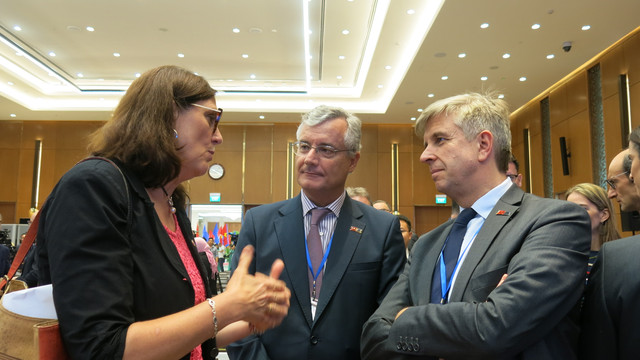 This historic event moves the EVFTA one step closer to ratification, ahead of a crucial vote in the European Parliament. Once the agreement enters into force, it will set in train a gradual elimination of almost all tariffs on goods traded between the EU and Vietnam, opening up new opportunities for investors and consumers on both sides. EU investors will get greater access to Vietnam’s fast-growing market, while businesses in Vietnam will get greater access to the EU’s over 500-million consumers. While the agreement will benefit companies of all sizes and in all industries, those selling textiles, footwear, furniture, leather goods, and agricultural produce will be some of the biggest beneficiaries of tariff elimination and more open markets.

EuroCham has been a strong supporter and integral part of the EVFTA ever since negotiations first began, providing detailed insights and recommendations throughout 14 rounds of negotiations. Once the Agreement was concluded in December 2015, ensuring its swift ratification and implementation has been at the heart of the Chamber’s activities. EuroCham has led three Missions, bringing business leaders to Brussels to highlight the importance of the EVFTA and share the positive changes Vietnam continues to make to its trade environment and legal framework. This included meeting with EU Commissioners, Members of the European Parliament (MEPs), and senior EU officials, as well as speaking at the European Parliament’s International Trade (INTA) Committee on several occasions, most recently in October 2018. EuroCham has also held various meetings with Prime Minister, Vice-Prime Ministers and Ministers both here in Vietnam and overseas to advocate on behalf of our members. EuroCham joined the Prime Minister in Davos at the World Economic Forum, promoting Vietnam as an attractive trade and investment environment to European business leaders and highlighting the opportunities of the EVFTA. Other events, such as “Meet Europe 2018” and the Chamber’s annual “Whitebook” launches, have further strengthened EU-Vietnam relations and highlighted the importance of this historic free trade agreement. Following today’s signature, EuroCham will now do all it can to mobilise this momentum and push for a positive vote in the European Parliament, and continue to help Vietnam prepare the ground for smooth and effective implementation of the EVFTA. Nicolas Audier, Chairman of EuroCham, said: “EuroCham welcomes the decision of the Council of Ministers to approve the signature of the EVFTA. 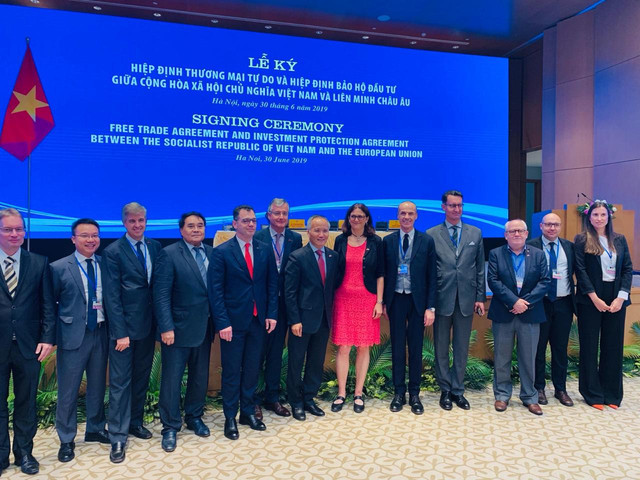 The official signing, which took place in Hanoi today, will accelerate the strong momentum behind the EVFTA and take us one step closer to ratification. 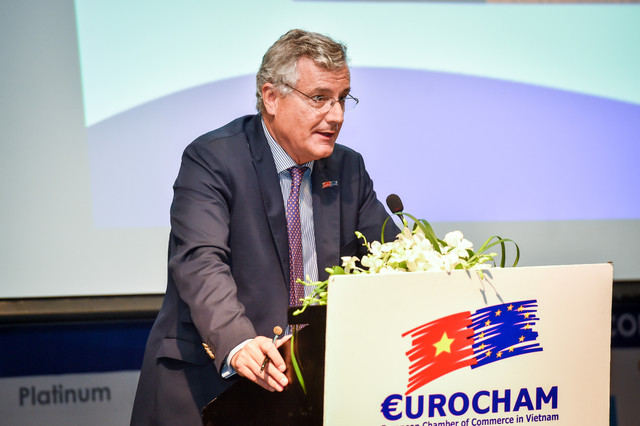 Nicolas Audier, EuroCham Chairman commented: “EuroCham congratulates the Government of Vietnam for reaching this important milestone. The fact that the EVFTA is just the second agreement signed between the EU and a member of ASEAN is testament to Vietnam’s growing leadership not just in the region but also on the world stage.

“The final hurdle will be a crucial vote in the European Parliament. So it is now more important than ever that we redouble our efforts to highlight the clear benefits of this agreement to ensure that it is ratified and implemented as soon as possible.

“The economic benefits of the EVFTA are undisputed: It will boost trade and investment, phase out tariffs and duties, and open up huge new opportunities for companies and consumers on both sides. But it will also help Vietnam to go further and faster on issues like labour rights and increased environmental protection.

“We know these will be important when Members of the European Parliament vote on ratification. So EuroCham will continue to highlight the Government’s positive record of reform in these areas, not least the recent decision to adopt the ILO Convention 98 on Collective Bargaining.”

Kick off immediate actions following the official signing of EVFTA, EuroCham organise a conference in support of Vietnam Chamber of Commerce and Industry and participation of members of both chambers to bring all latest updates from the EU and Vietnamese Government about EVFTA and next steps to utilize benefits of the treaty. At the conference, the two chambers will announce the establishment of EU – Vietnam Business Council as well as discuss specific activities to further strengthen EU – Vietnam trade relations. A fundamental objective of this partnership is ensuring the ratification and implementation of EVFTA. 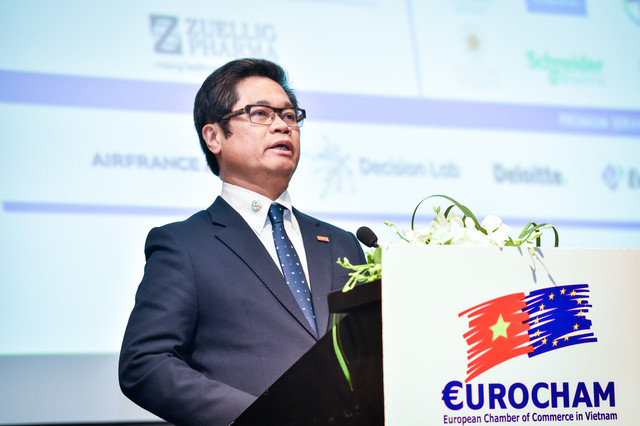 Dr. Vu Tien Loc, President of Vietnam Chamber of Commerce and Industry commented: "The official signing of the EU – Vietnam Free Trade Agreement (EVFTA) and Investment Protection Agreement (EVIPA) on 30 June 2019 has a tremendous impacts on the business community of both side. These agreements will certainly resonate, creating a breakthrough development, contributing to perfecting the legal framework and business environment and leaping forward in the cooperation between Vietnam and EU, building a foundation for sustainable development. As national trade promotion organisations, VCCI and EuroCham affirmed our determination to stand by businesses and help them to grab opportunities brought by the EVFTA. In that light, we agreed to establish the Vietnam - EU Business Council, and develop a specific Action Program with the aim of promoting the implementation of the EVFTA. Within the framework of the Council's activities, VCCI and EuroCham will hold annual Vietnam-EU Economic Summit to promote economic, trade and investment cooperation between the two sides".