On the 11th of July, a EuroCham delegation held a fruitful dialogue with the Ho Chi Minh City Peoples Committee. Chairing the session, Mr. Tran Vinh Tuyen and city departments welcomed EuroCham and briefed the Chamber on the specific strengths and challenges of Ho Chi Minh City. 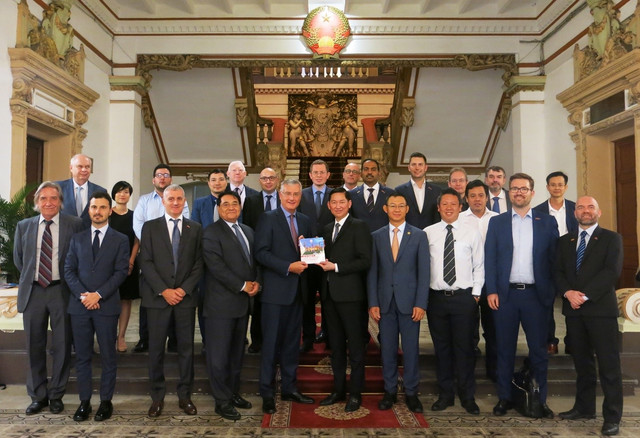 EuroCham Chairman Nicolas Audier congratulated the Vietnamese Government and HCMC authorities on the progress and signing of the EVFTA and EVIPA in Hanoi. The EVFTA opens a new window of trade and investment opportunities. Therefore, a wave of EU investment is expected to come to Vietnam. Vietnamese companies will have many more chances to export their products to Europe. Together with EU investment, European know-how and technology transfer will be increased. The Chamber’s Chairman expressed EuroCham’s full commitment and enthusiasm to contribute and further work for the upcoming ratification and implementation of the agreements. 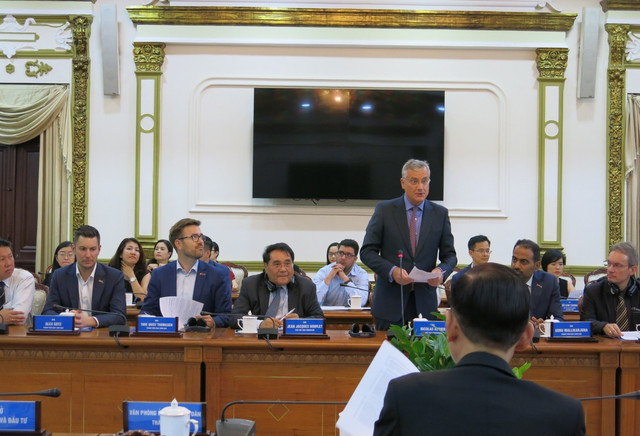 Taking this opportunity, Mr. Audier and Chairs of EuroCham’s Sector Committees thanked the city’s leadership and departments for the good cooperation and support on EuroCham’s key activities like the launch of the Whitebook and various policy dialogues and trainings for EuroCham members. Over the last two years, the cooperation between EuroCham and the Departments of Customs, Tax, Industry, Planning and Investment, Urban Planning and Architecture have been strengthened.  Mr. Audier remaked that he looks forward to further working with the city and its department to promote the EVFTA and the benefits it brings to both European and Vietnamese companies. 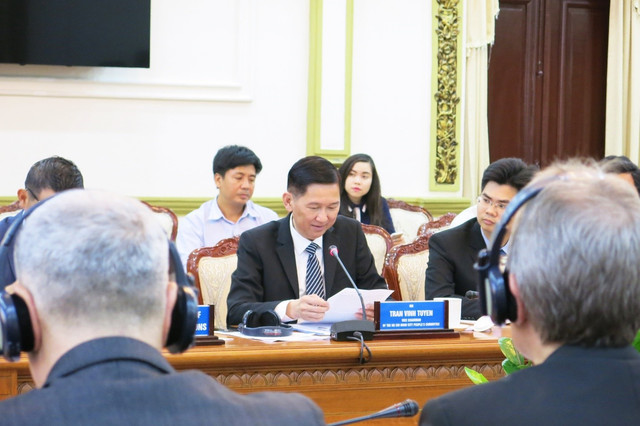 Mr. Tran Vinh Tuyen has directed the department to conduct research and provide an EVFTA implementation plan. Specifically, this includes a review of policies and regulations to ensure they are in line with EVFTA commitments, facilitating administrative reforms and focusing on human resources to meet the demand for international integration, promoting the EVFTA and its associated trade and investment benefits to support the businesses in Ho Chi Minh City to raise their awareness and preparedness to reap the benefits of the EVFTA. 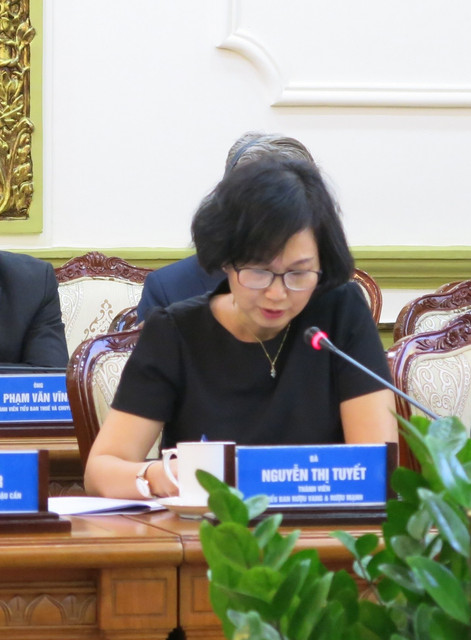 Representatives from EuroCham’s Sector Committees, such as Food and Agri-Aqua, Green Growth, Transport and Logistics, Wines and Spirits, etc. also raised their ideas and recommendations for the implementation of the City’s Resolution 54 and policies on tax and customs regime. 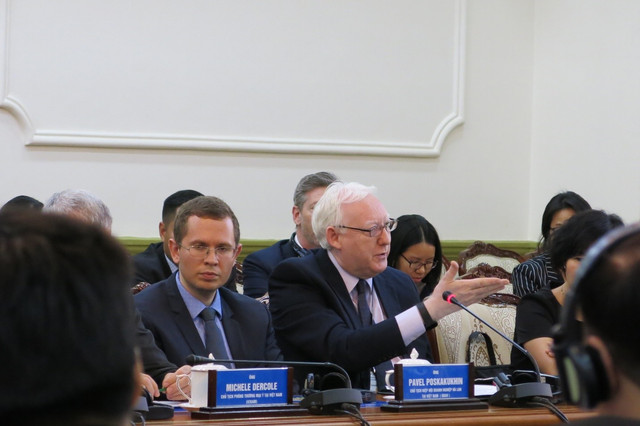 EuroCham also addressed the key issues that the city is currently facing. These includie encouraging the development of urban agriculture with idea of shortening value chains to better serve urban customers while overcoming obstacles like climate change and over urbanisation, as well as the application of smart solutions, renewable energy to sustainable buildings, as well as waste and water management. Sector Committees received feedback from Vice-Chairman Tran Vinh Tuyen and relevant departments, as well as an invitation to join the city’s initiatives and projects such as implementing an Innovative City pilot. 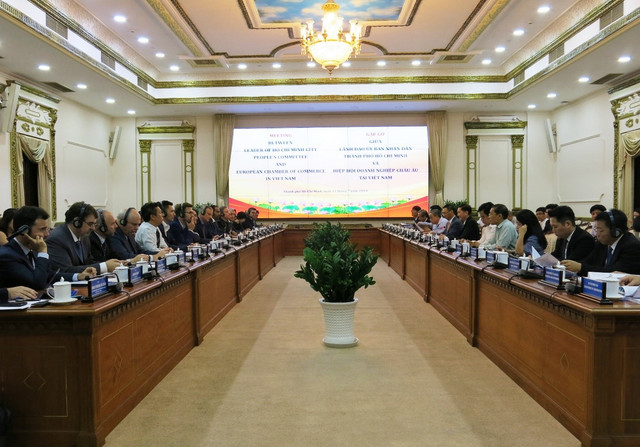 Dialogue between Eurocham and HCMC PC at the HCMC PC office

Mr. Nicolas Audier also raised the high interest of European companies in PPP infrastructure projects and contributing to the better legal framework on PPP. He also mentioned EU examples of PPP projects and the methods to resolve the issues arising out of these projects where the private sector is implementing, managing and providing services to the citizens which should be effective and helpful for the Vietnamese citizens.